Andon system:
How has CLAAS digitized incident management on its assembly line?

Pingflow led the design and installation of a digital Andon system at Le Mans plant of CLAAS. A system whose flexibility and connectivity have greatly helped the industrialist in his process of continuous improvement.

CLAAS is a German company founded in 1913. And one of the world leaders in the agricultural machinery sector, with €3.7 billion in revenue in 2017, and more than 10,000 employees around the world: Germany, China, India, Russia, USA… and France, where Le Mans plant employs 800 people (out of the 1000 employees of CLAAS Tractor in total).

At Le Mans, a single line for a multitude of different tractors

“This makes us 2 large families and 13 sub-types and 110 tractor models, explains Fabrice Porteboeuf, the plant’s CXS expert (CLAAS Excellence System) since 2003. All are assembled on the same line, since we operate in mix-production to adapt to orders”.

The consequence? The supply of parts must be ultra-flexible and reactive to adapt production as quickly as possible. As for the operators, they must have integrated, for each model in production, the selection of parts and the associated process.

Andon, a proven method at CLAAS

All these imperatives also explain why CLAAS became interested in andon very early on. For about 10 years, this system developed by Toyota, which means “paper lantern” in Japanese, has been adopted at the Le Mans plant.

In the real sense: the first device installed by Fabrice Porteboeuf and his teams consisted of long strings, linked to teleswitches, strategically placed on the workstations. And as soon as an operator pulled to report a problem, the station number lit up on large light panels located on the assembly line.

A system that on the whole gave satisfaction, but suffered from two major faults. The first?  “When we pulled the string, the light would come on, but the operator was not sure that his team leader had been able to see it and would intervene; it could create stress,” explains Fabrice Porteboeuf.

CLAAS has tried to add a musical signal to better signal the alert. But between the jingle choices that did not satisfy everyone, and the noise level that disturbed the operators without effectively alerting the team leaders, the test was not conclusive.

Second flaw, “it was a fixed system, deplores Fabrice Porteboeuf: the strings and numbers of the stations on the light boards do not change easily. But our product plan is constantly changing, new ranges and models have appeared and have therefore changed the distribution of workstations… In short, it had become inadequate”.

The choice of PingFlow’s digital Andon

In 2013, the decision was made to make a major change to the Andon plant. “To accompany us, we very quickly chose Pingflow, recalls Fabrice Porteboeuf. First of all because there are not many people on the market who can understand our specific industrial computing and telephony problems”.

But also because the Pingflow Industry 4.0 team was able to be a force of proposal, accompanying CLAAS as as soon as the drafting of specifications adapted to the needs and constraints of the plant…

And provide a quick solution (barely 5 months between the first contact and the implementation of the new Andon system) as well as innovative. “The radio piezoelectric buttons that control the triggering of andon alerts, for example, were totally unknown to us,” Fabrice Porteboeuf acknowledges.

But these buttons radically change the game. First because they don’t need to be powered and they transmit the wireless alert signal, and on a simple pressure. This means that CLAAS teams can install them wherever they want, wherever they need them.

Then because each Andon box provided by Pingflow has not one, but four buttons. So potentially 4 different types of alerts. “This is very useful for us, says Fabrice Porteboeuf. With the old system, it is impossible to differentiate between the different situations. Knowing the nature of the concern right away is a considerable time saver”.

At CLAAS, the alerts categorized by the new Andon system are now of 3 types:

However, the benefits of the Andon system developed by Pingflow go far beyond that. It was indeed the whole alert process that could be reviewed.

Instead of the old light signal, the andon box now triggers the sending of a voice SMS on the team leader’s phone and launches the display of the number of the station on alert on the TV screens. Then a second one if he does not intervene. And finally an “escalation” to his superior.

“Double advantage for us, appreciates Fabrice Porteboeuf: one, the operator who gives the alert is now certain that it will be seen. And two, quick view: we gained an average of 30 seconds of reaction time on andon alerts”.

As the PingFlow’s Andon system is connected to the automatism of CLAAS, it’s able to locate the incidents, and this in real time. Action on incidents is therefore more rapid.

And after the incident, this system allows production reports to be edited more easily, more useful for team animation and process reliability.

The assessment: an increased quality and an ROI reached three times faster than expected

Coupled with a company agreement that has resulted in employees being interested in stopping… The new Andon system of CLAAS has therefore made it possible to increase both the level of quality and the degree of efficiency. “We had a ROI at 18 months, and it took only 6 months for the Andon deployed by Pingflow to be profitable,” says Fabrice Porteboeuf. 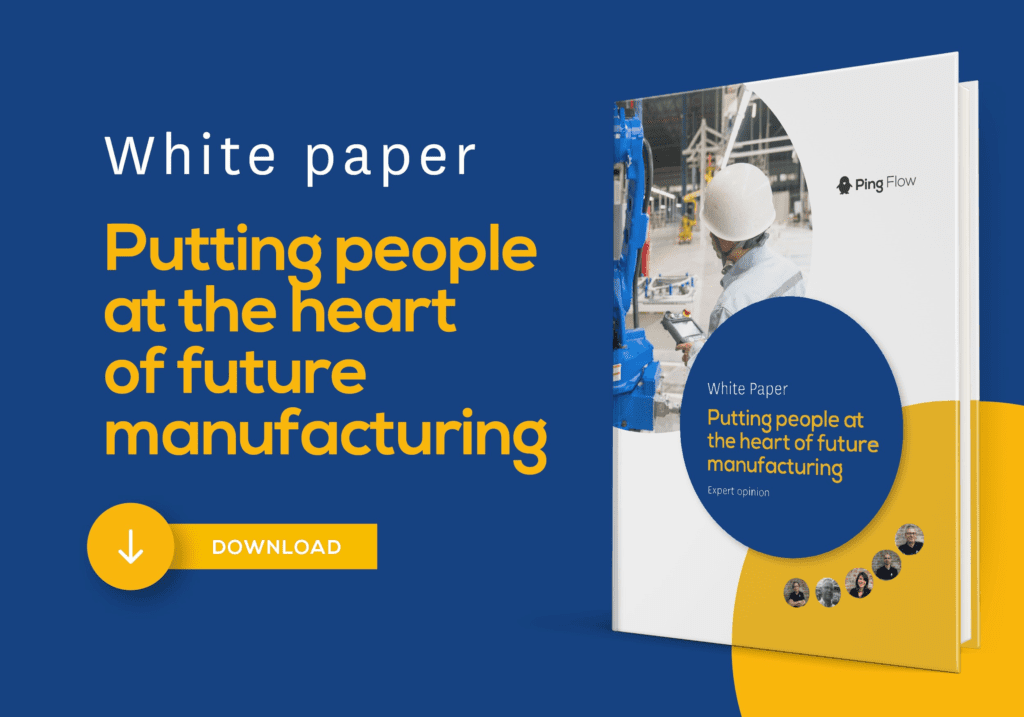 Andon and visual management : the basics

Used in the manufacturing industry as part of lean management, the Andon system allows alerts to be raised against anomalies in the production process. Often physically (…) 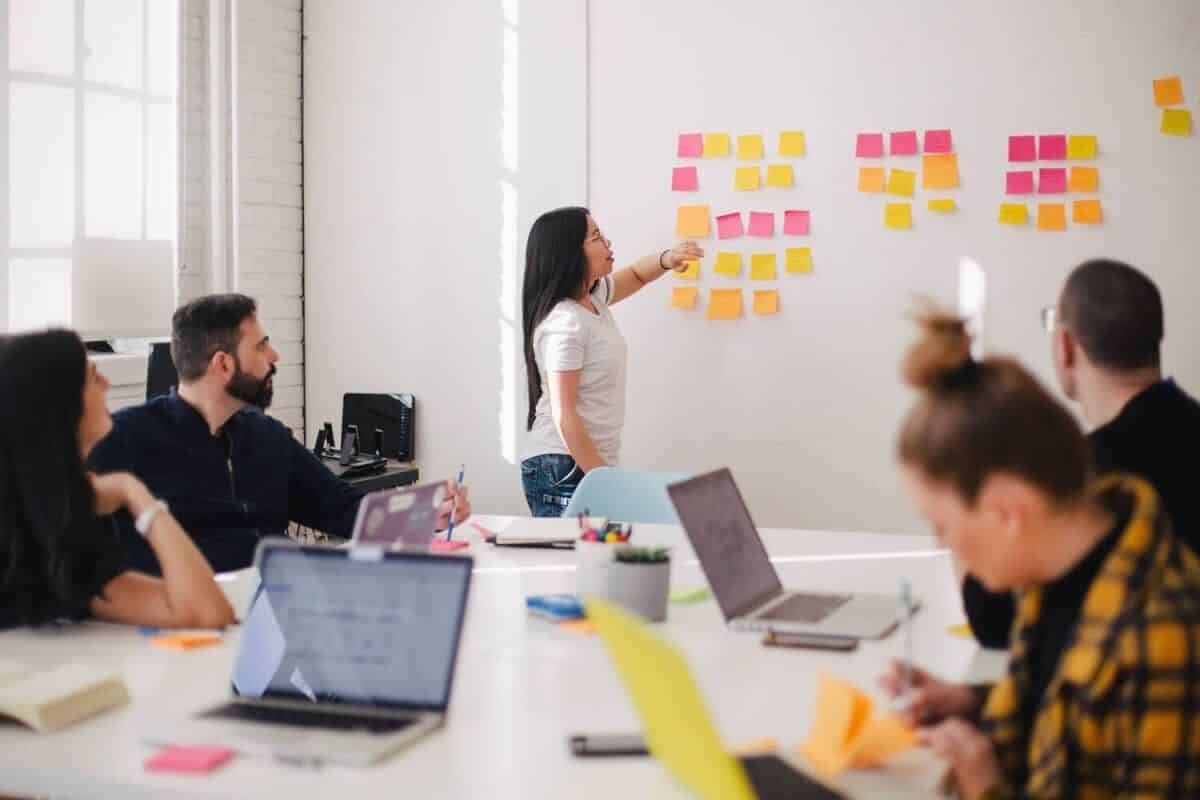 Just like Mister Adventure, you are constantly looking to innovate and to improve team working. To help share information between team members, you decided to implement (…)