Internal communications is traditionally the most underfunded aspect of an organizations communication system. According to a deliberately “provocative” calculation, companies with 10,000 employees and more devote themselves to it on average.  less than one euro per month and per employee, not even the price of a chocolate bar!

However, even if they have relatively few resources, HR  say they are quite confident in the place given to their discipline.

According to a major survey by the Afci (French Association for Internal Communication):

One goal : (re) engage employees

Among the major challenges that internal communicators must tackle in the years to come, 4 elements seem to be unanimous:

In the end, these 4 strategic priorities serve a major objective: to boost employee engagement. An objective all the more significant in France, where employees are among the most productive in the world … but also among the least engaged in their work:. According to Gallup, 20% of French employees declared themselves disengaged in 2018, 74% little or no committed, and only 6% engaged (down 9 points compared to 2017!)

A multitude of channels and tools

Internal communicators have access to more and more communication channels to get their messages across.

The main ones are now digital (in the lead, corporate intranets or social networks, deployed in 3 out of 4 companies), but not only: “physical” events and meetings as well as internal magazines or newspapers are resisting.

Why such a variety of media and internal communication channels? There’s at least two reasons :

Traditional communication media are resisting because not all employee populations are necessarily connected: point-of-sale salespeople, shopfloor employees, for example, cannot be effectively reached by its digital channels. Displays, printed matter and events therefore still have a role to play.

No channel is perfect or perfectly efficient. Participatory, flexible, and immediate, the corporate social network appeared a few years ago as the ultimate tool for internal communication. However, with feedback, those first concerned are more mixed: according to the Afci, internal communicators severely judge the effectiveness of their internal social network, giving it an average rating of 4.9 / 10. Likewise, an internal newsletter is not opened by 100% of employees, an internal newspaper is not read in full by all.

It is therefore necessary to multiply the media to maximize your chances of getting your messages across.

Dynamic information on screens, a response to the challenge of internal communication

In this context, connected screens appear as an interesting complement to convey key messages such as:

A bit like a “digest” of the essential information of the moment gathered on a screen, a wallboard dedicated to internal communication will be designed once, then updated in real time, and then distributed to as many sites and in as many contexts as needed, such as:

Discover a case of internal communication with our client DAHER 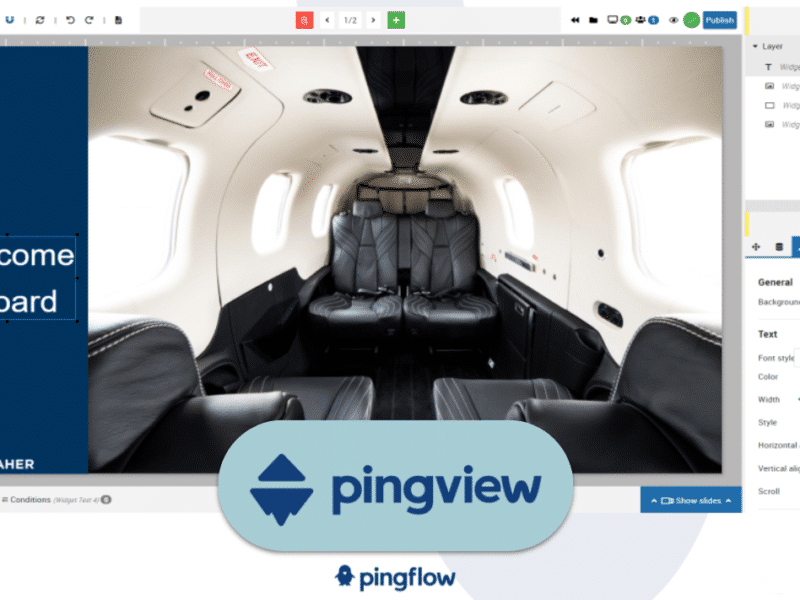 What visual management and indicators for efficient customer service?

If there is one “support” profession that is very process and “KPI oriented”, it is this one. Customer service has always been under great pressure to (…)