When he arrived at the head of the plant in 2019, Cyril Varraux immediately wanted to set up short-interval management meetings (AIC). A brief update that takes plant management to the field every morning, from sector to sector, to take stock of the issues and potential difficulties of the day.

From paper to real-time information between teams

The Metso Outotec plant in Mâcon is one of the flagships of the Finnish group Metso Outotec (17,000 employees, present on 5 continents). The site employs 360 people (including 120 in production), and puts 350 crushers and 100 screens on the market each year: small series of (very) large machines (25 to 50 tonnes) that mine and quarry operators use to crush, sort, and process the materials they extract.

Access the full article of the visual management digitization project of Metso Outotec on the blog article : here

Ultimately, what seduced me was that Pingflow is a startup, flexible and attentive to our needs, and which has been very proactive in helping us shape our ideas. A bigger actor, software editor or digital service company, that would have rather scared us away…

At Metso, visual management first started with “paper” signs and Velleda boards. But very quickly, the need to change was felt. In the sharing of information between two areas of the plant.

To update its visual management panels, each team referred to the weekly schedule integrated into the plant’s ERP. To make the right decisions based on current information, everyone’s schedule had to be shared and updated in real time. So digitized.

In parallel with the SIM  visual management panels deployed in the plant, Metso Outotec has launched a visualization project between:

The implementation of SIM board at Metso: collaborative work

The choice of the right partner and the right solution was all the more crucial had a very specific plan in mind: above all not to impose these future digital AIC screens, but to co-design them with their future users. And get the teams to imagine the improvements to be made to the organization themselves.

Via the visual management panels, Metso Outotec Mâcon can follow a kind of production workflow:

The benefits of digital AICs:

The benefits of display wallboards between logistics detr sales administration: 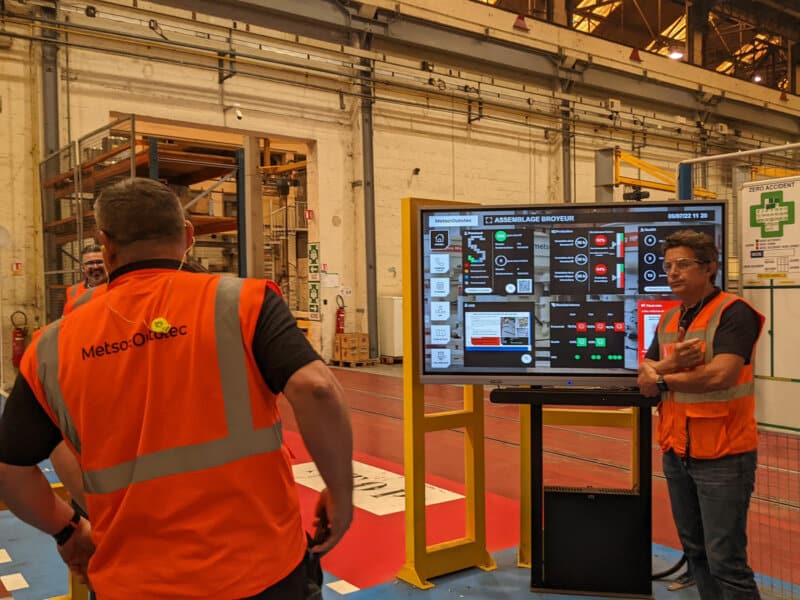 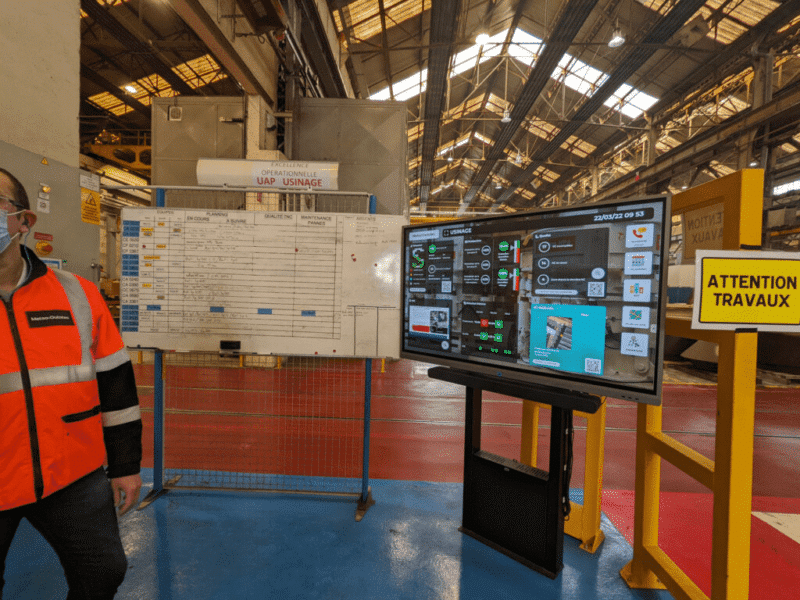 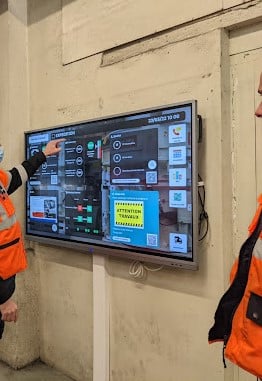 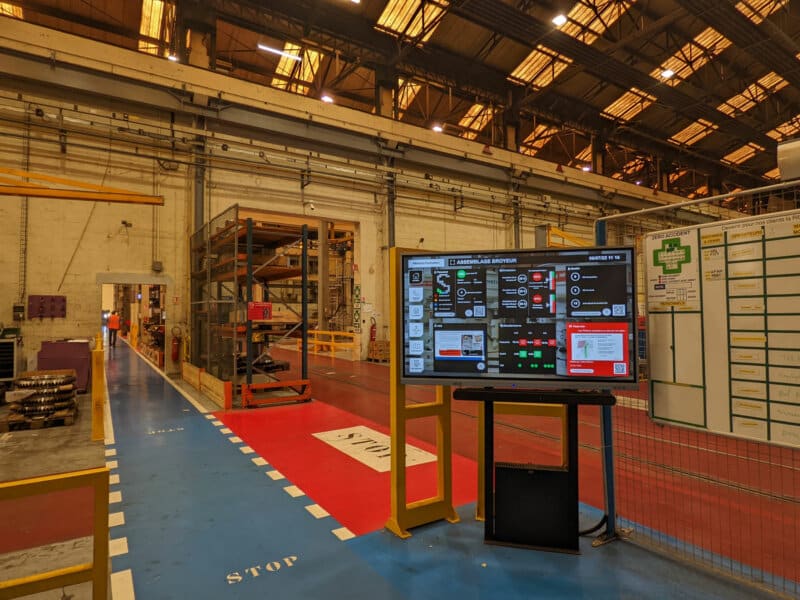 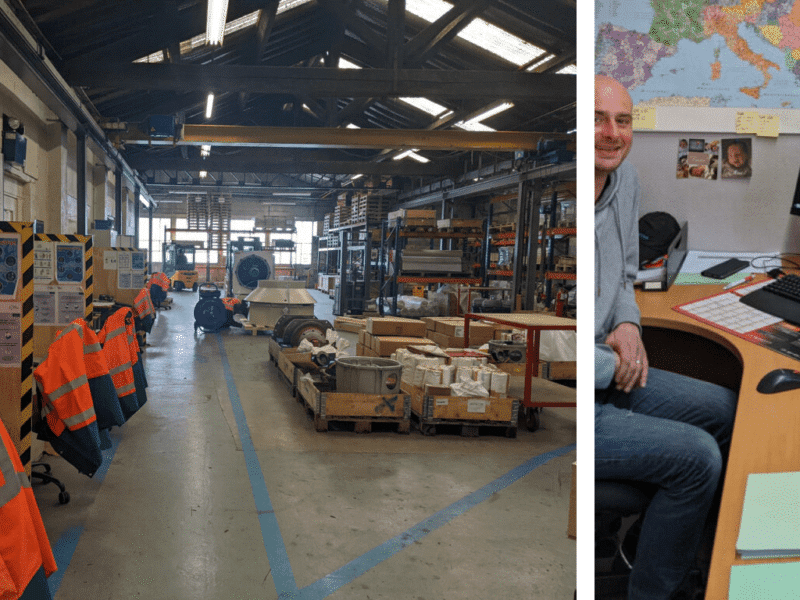 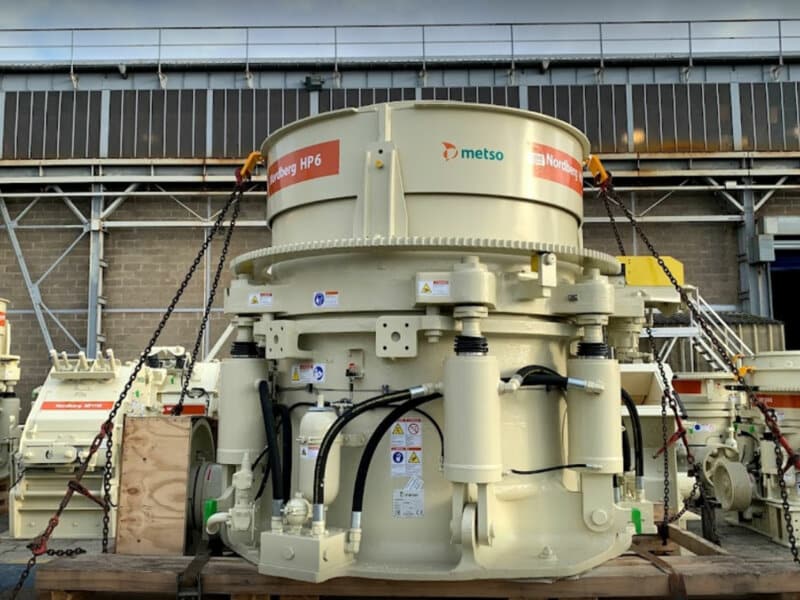 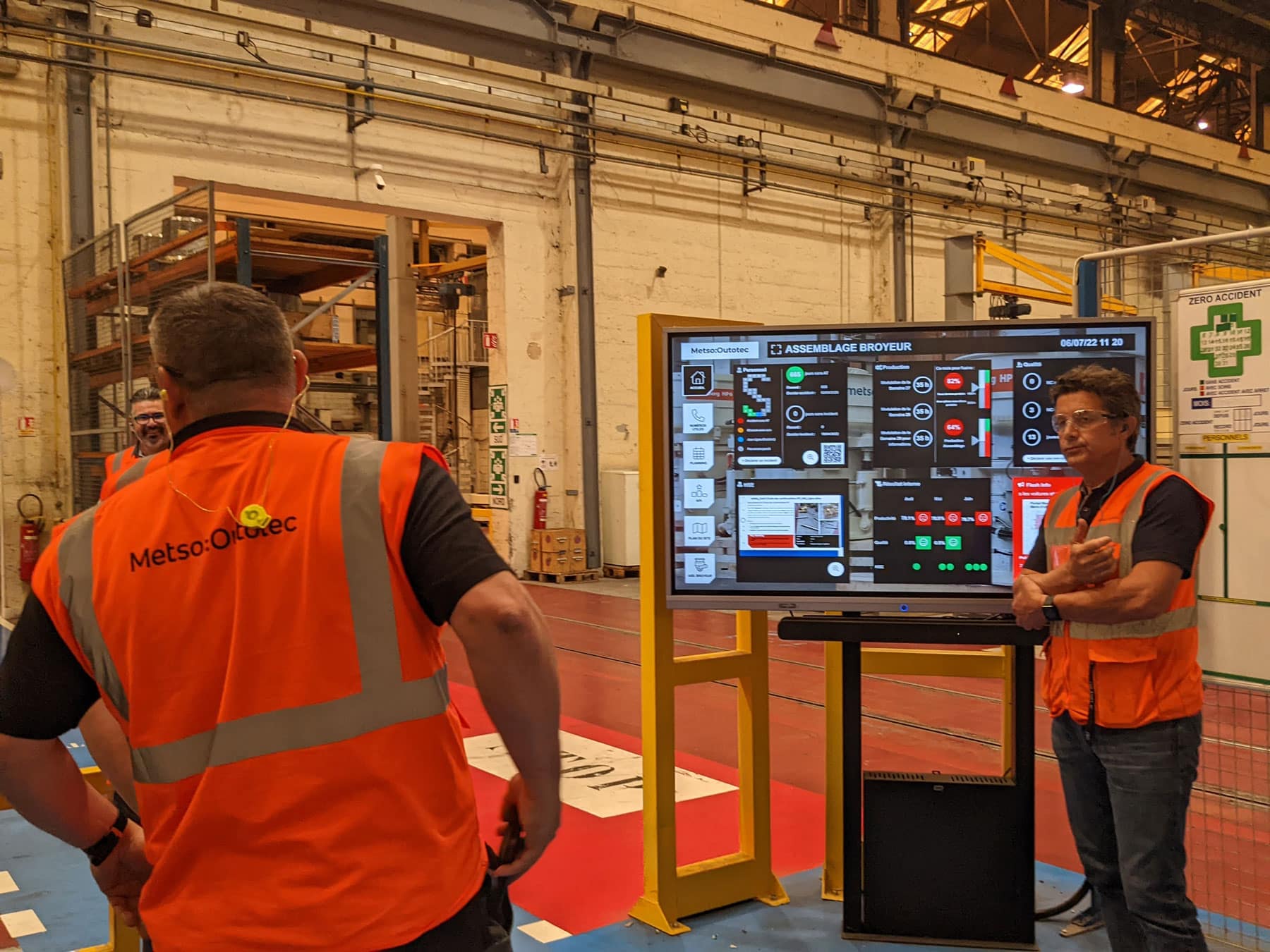 Metso Outotec: digital wallboards to “align” all of its production

From sales to shipments, via machining and assembly: by involving all of its teams in the improvement of animation rituals (SIM), the Metso Outotec factory in (…)