Since 2015, PingFlow has been equipping the production lines with an Andon system, digital visual management and activity management to improve visibility and production performance: Factory efficiency gain from 2015 to 2018 of 4%, thanks in part to the Andon application.

Andon system has constantly evolved thanks to the know-how of the company Pingflow which has adapted to the specific demands of our company, such as the creation of backups for each person of the support services, the top start-ups that are created in our traceability.

Andon system has become an indispensable tool for the performance of our business and allows us to initiate continuous improvement actions thanks to the database analysis possibilities.

The Andon system is initially used at Faiveley Transport Amiens in order to prevent production operators from moving around or looking for a support person. This may occur during a blockage or stoppage while performing an PO (production order).

In 2018, Faiveley incorporated new production tracking causes into the Andon system, such as requests for crates/ disposal of finished products or top start.

These are therefore causes of appeals different from production stoppages but linked to daily operating causes, resulting in an increase in the number of calls.

Faiveley Transport Amiens is a production site for railway equipment that includes 50 different workstations. An administrator is trained to change the configuration of the Andon application. For example, in the method department with 5 persons, each person is in charge of an average of 10 workstations. The configuration allows the person to be assigned to the workstation for which he is responsible and to send him an SMS.

View of the Andon display

Web views, created with the Pingflow tool, Pingview, allow to distribute real-time information about ongoing calls in a targeted way (for example, in the methods department, only Andon ”methods” calls will be displayed).

Since the introduction of the Andon system at the Faiveley Transport Amiens site: 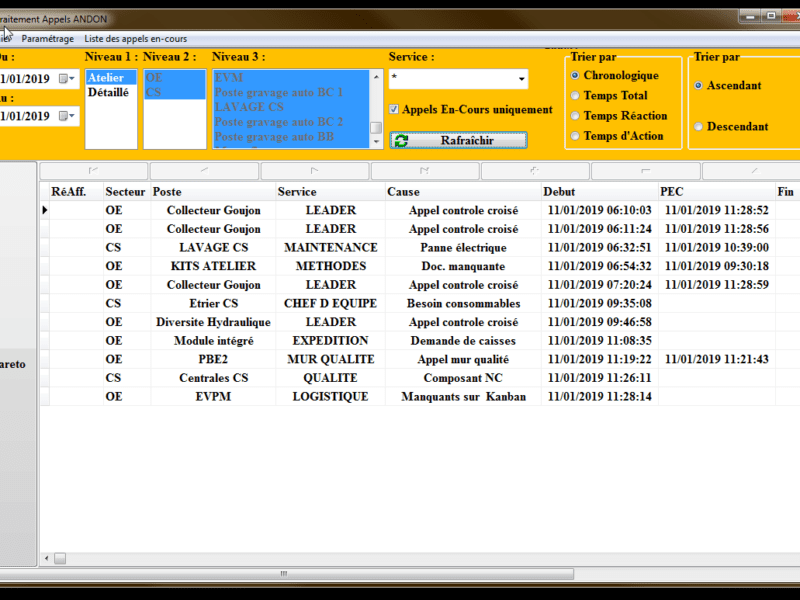 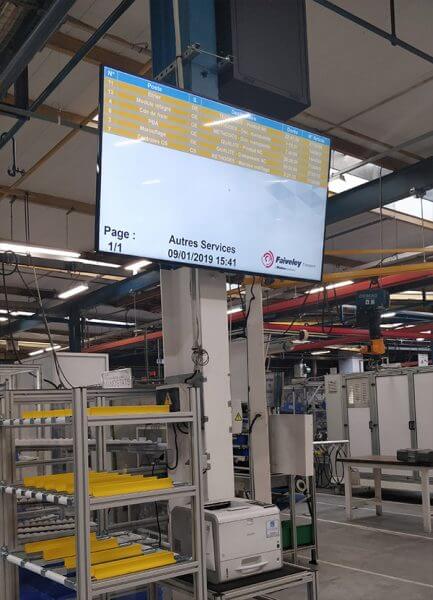 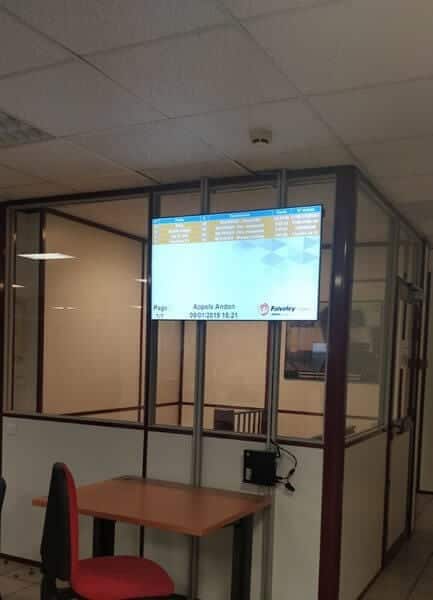